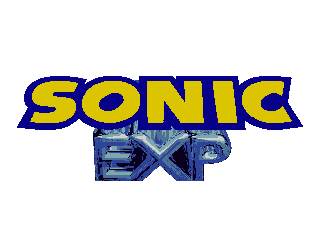 Sonic EXP is a fan game made for fun and experience.It is based on the Motobug engine, an engine I built entirely with HTML5, CSS, and JavaScript which has been in development off-and-on since 2017. The game itself initially began earlier this year to guide the developmentof both Motobug and the newly created Motobug Studio level designer. Please note that this game is still in development, and therefore the current state may not reflect the final game. Also, I am just one person, and am developing this for fun, so manage expectations accordingly.

FEATURES IN THIS DEMO:

Arrow Keys/Left Stick - movement
A/A - Jump
Enter/Start -Pause
Characters have different abilities if you press Jump again in mid-air. Sonic has a Mania-inspired drop-dash, Shadow has a homing attack/air-dash, and Silver has a hovering ability.

Desktop binaries for Windows and Linux will be available at Sonic Fangames HQ, once the site gets back up and running...

It is recommended that you use Firefox, Chrome, or another Chromium-based browser (like Microsoft Edge) to play. Safari support is still experimental at best and may have issues that are not present in other browsers. While work has been done to improve performance on slower systems, performance may suffer on your setup. Check out the information at the bottom of this page for tested systems.

Here's a link to the OST for the entire demo on my SoundCloud, for your listening pleasure:

Note that if your average framerate is below 40fps for the first 300 frames, the engine will turn off some of the visual effects including after-images, which should improve performance. Also note that, while some aspects like velocity are adjusted to account for framerate, collision detection is NOT framerate independent. If you are having issues with collision detection at reasonable speeds, your framerate may be to blame!

Here are some notes about performance on various common setups:

Firefox: Performs well enough, may stutter on slower systems. Try turning down your system resolution or (as much as it pains me to say) switching to a Chromium-based browser for better performance.

Chrome: Performs well enough. If your system is especially slow, it may result in momentary hang-ups and (occasionally severe) input lag. If this becomes an issue for you, Firefox may work better, at the cost of a consistently lower framerate.

Edge/Chromium-based browsers: Only the latest MS Edge has been tested. Performs like Chrome.

Android: Firefox and Chrome perform similarly to Windows, though Chrome’s input lag can be more severe on mobile.

iOS: I have not been able to do any extensive testing with iOS devices, though do note that Safari tends to act differently compared to other browsers. Any browser on iOS will use the same engine (due to Apple restrictions), so expect similar results.

Xbox One: I have tested the Xbox One's version of Microsoft Edge during development, and it seems to be compatible. While I haven't tested browsers on other consoles (like the PS4, for example), preliminary research suggests that their browsers are not as good as Edge, and likely wouldn't support Sonic EXP.
Credits:
Most assets for this project were created directly by me (Coderman64). However, there are a few items that were created by others, as follows: All sprites listed above (except for the Sonic logo) were obtained from https://www.spriters-resource.com/.